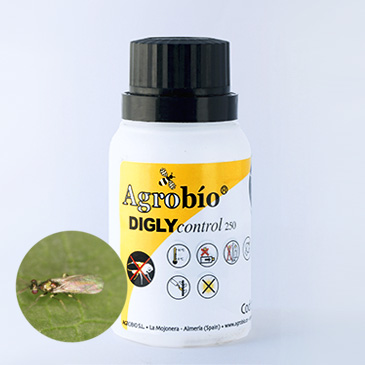 DESCRIPTION OF THE PRODUCT

Diglyphus isaea is a small parasitic wasp that controls the most important species of leafminers. The population of Diglyphus isaea grows faster than the leafminers’ population. When the female of D. isaea finds a leafminer, paralyses it and lays an egg next to it. From the egg emerges a larva, which feeds on the dead leafminer.

Release 0.25-0.5 ind./m2 weekly for two consecutive weeks. The first release must be done where the first leafminers appear.

Keep the bottle horizontally and at a temperature of 8-10ºC. Do not break the cold chain in all the transport and storage process. Do not store the product after 48 hours of receipt, and never expose it to sunlight or pesticides.