Nesidiocoris release in the nursery “step by step”

Written by admin on 15 July, 2016. Posted in Biological control, News

Nowadays, releasing Nesidiocoris tenuis in the nursery is a common method of biological control.

This pre-plant release makes it possible to keep controlled the whitefly pest in both protected and open field crops, in addition to other pests such as leafminers, thrips, spider mites or lepidoptera eggs.

The key to success is the uniform distribution of the Nesidiocoris, since they are released over the same number of plants but within a smaller surface.

Biological control with Nesidiocoris tenuis on tomato and eggplant

The release of Nesidiocoris as a preventive method is very effective on tomato and eggplant crops.
You can request it when placing an order, since most of nurseries that grow these plants have adopted the action protocols and sell them bioprotected from the beginning.

An army of beneficial insects in each plant

In the nursery, you will get a plant bioprotected by a little army of beneficials awaiting the arrival of whitefly and other pests.

At least, three generations of Nesidiocoris coexist in each plant. Agrobio releases nymphs and adults selected when their fertility is at its best, so that they can continue to lay eggs during the whole cycle and to keep active the population growth.

Step 1. What is the releasing strategy?

The release in the nursery is performed by specialised personnel, whether it is a technician from Agrobio or from the nursery, some days in advance of the plant delivery.

The efficacy is based on the ability of Nesidiocoris to settle down in the plant trays and its success will depend on the Nesi’s strength and quality, the dosage, the feeding and the environmental conditions of the nursery facilities.

The first thing is to have a well prepared and clean nursery, adjust the relative humidity and make sure there is a proper ventilation. Lastly, determine the working spaces with meshes in order to prevent the Nesi from moving to other surfaces. The mesh colour will preferably be white to facilitate the light distribution.

Step 3. The dose, number of Nesidiocoris tenuis per plant

The individuals are released by letting them fall over the plant leaves together with the inert material present in the bottle. This way, the adults and nymphs of Nesidioris will spread quickly and uniformly over the crop surface.

Step 5. Feeding during the adaptation process

Following the releasing, it starts the Nesidiocoris adaptation process, that will last 7-10 days.

During that days, there is no pest inside the nursery, which means that the Nesidiocoris will need other food source to survive. In Agrobio we feed them with Ephestia eggs, previously irradiated and frozen to prevent them from emerging. We usually spread 1 bottle with 10 grams of Ephestia eggs for each 3 bottles of Nesi.

The key of the nursery release

Everything is ready, but it will be a success only if the biological control works. That is, if the plant arrives to the field with a good rate of eggs able to emerge and achieve a good population of nymphs to control the pests that may come into the crop. Also, these bugs should be strong and have a good genetic in order to keep vigorous during the whole cycle.

Although we all expect to see this strategy applied with other beneficials, with Nesi it has been proven to be the most successful. 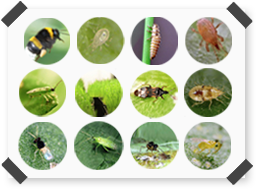 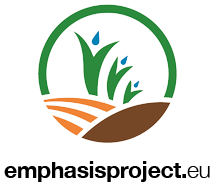